Behind the Wheel, Holiday

What's the scariest experience you've ever had while driving? 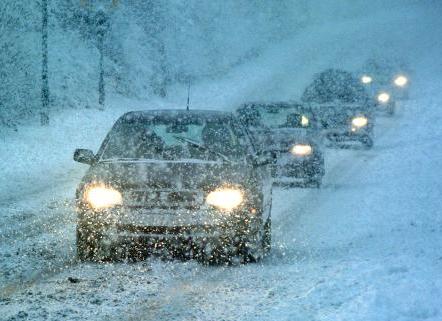 You know that feeling you get when you’re driving in your car, you look away from the road for half a second, look back and suddenly the car in front of you is a lot closer than it was last time? You hit the breaks and clench the steering wheel and pray that A) you don’t hit the car in front of you, and B) your car doesn’t loudly screech to a stop. Often times it’s no harm, no foul — you vow to  never even blink again while driving and thus will never be caught off guard with slowing cars in front of you. But other times it can result in terrifying incidents. My question for all of my readers: What’s the scariest thing to ever happen to you while driving? I have a one particular story off the top of my head that I’ll share, which is especially applicable because it was around Thanksgiving a few years ago.

I was heading back to school post-Thanksgiving with two other friends. The drive was normally a six-hour one, but once we hit the halfway mark, we also hit a huge snowstorm. Not only was the snow pounding down, but the road was covered in black ice. Traffic was moving pretty slowly to stay safe, but we passed overturned semi-trucks and other cars that had veered off of the road because of the crazy weather. At one point, we were cruising around 30 mph and saw traffic slow in front of us. My friend who was driving hit the brakes but kept sliding towards the car right in front of us! She managed to veer off the road so as to avoid hitting the car, but it was still pretty awful. The weather ended up being so bad that we stayed at a friend of a friend of a friend’s house in the area for the night, and then took off early, early the next morning. Even the next morning, though there weren’t many cars on the road, the road was still covered in snow and snow plows trying to clear the way. Plus, we still decided to drive pretty slowly so as to avoid any potential danger. The three hours it should’ve taken us to get back to school ended up taking us six hours. This was a few years back, but I can still feel the stress I had for an entire 15-straight hours!

A Guide to Avoiding Blind Spots

What's on your playlist?