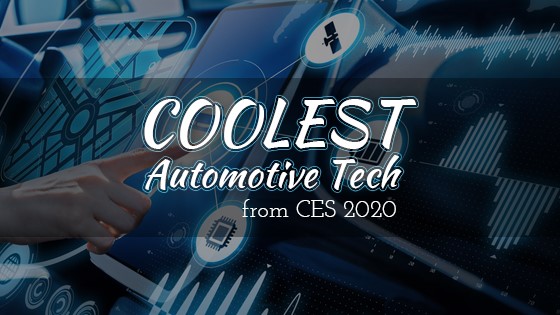 When’s the last time you drove a car that didn’t have a single strand of digital DNA coursing through its veins? A long time, I’d imagine. The link between technology and vehicles is growing more and more undeniable with each passing year.

It’s fitting, then, to see Consumer Technology Association’s CES event climb up the ranks to become one of the largest auto shows in the automotive industry. Hosted in Las Vegas in January, CES 2020 fulfilled its annual promise by releasing and unveiling some of the year’s – nay, decade’s – most innovative, awe-inspiring car technology.

At CES 2020, Hyundai Motor debuted its new Smart Mobility Solution to “revitalize” future urban cities. What does “revitalize” mean in this context? Effectively, Hyundai wants to be the first automaker to make The Jetsons a reality. (That’s right: We’re talking about flying vehicles.)

This solution is separated into 3 different pieces of technology, in fact: UAM, PBV and Hub. Pictures are better than words: 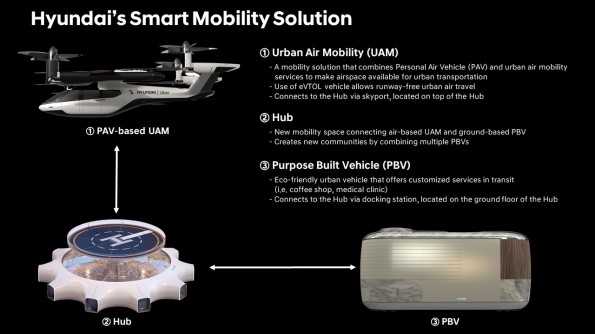 Hyundai also unveiled its first concept PAV named the S-A1. With seating for 5, S-A1 features the key piece of technology that literally propels its UAM idea off the ground: eVTOL, or electric vertical takeoff and landing. In coordination with Uber, S-A1 will be developed as an experimental autonomous ground-to-air vehicle.

Watch Hyundai’s CES 2020 video to see what the future looks like.

The concept Toyota LQ car is straight out of Blade Runner. It’s an advanced EV with automated level 4 SAE driving capability – that means it can drive itself – that features an all-new AI system called Yui. Yui is not like any other car AI, either; it can personalize the entire driving experience based on accrued data of a driver’s tastes, driving preferences and schedules.

Perhaps the biggest surprise of CES 2020 was Sony’s unveiling of its first and only electric car, the Vision S. A prototype Vision S was on display, showing off its 33 built-in sensors and in-vehicle media platforms, which includes a wide panoramic infotainment screen.

Mum was the word when asked if the autonomous vehicle was bound for public consumption. Stay on the lookout for Sony car dealerships in the future, especially now that the US Department of Transportation has paved a new roadmap for self-driving vehicles.

Watch (and listen to) the EV Plus+ Solutions video that aired at CES 2020.

In the future, Bosch hopes to replace the standard vehicle visors with something better: Their Virtual Visors. Featuring transparent liquid crystal displays (LCD) and utilizing a camera system, Virtual Visors protect drivers’ eyes from the sun while also maximizing visibility. The face-monitoring camera system senses where light is in relation to the eyes, then tells the Virtual Visor to blacken the portions of its panels. These adjustments are made in real-time, so drivers don’t have to move the visor when changing directions. (I’m totally into this idea.)

Bosch also swung for the fences with its cool 3D display concept. Is such technology practical? Time will tell.

Keeping with the invisibility theme, Continental debuted its nifty Transparent Hood technology at CES 2020. The state-of-the-art technology, which earned a CES 2020 Innovation Award, displays the road underneath a vehicle’s front tires. This allows drivers to observe the terrain and see obstacles that may otherwise damage the chassis or suspension.

The uncapitalized mophie® powerstation go™ gizmo took the stage at CES 2020. A portable do-it-all device, powerstation go has the muscle to jump-start an SUV while also charging devices. It features 2 USB ports, a traditional power outlet, and Qi wireless charging station for smart devices. Best of all, powerstation go is lightweight and compact enough to cozily fit into a glove compartment or underfloor cargo area.

CES 2021 will welcome new tech additions in Vegas next January. I, for one, am already impatiently waiting to see what the future may hold. Got any other cool, game-changing gizmos, gadgets or thingamabobs? Shoot me a tweet. I could always use more thingamabobs for my car.
Automotive TechCES 2020Cool car technology

Keeping your pets safe while on the road

How Do I Know When My Car Is Out of Alignment?