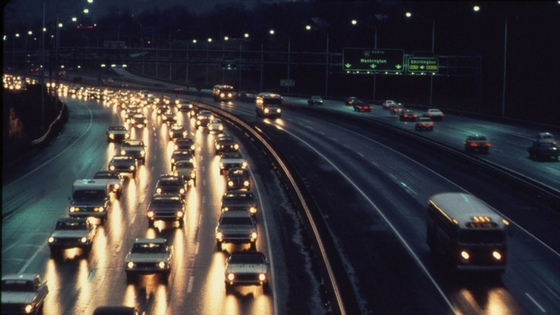 Football season—or as I like to call it, tailgating season—is in full swing.
There’s nothing quite like gathering your group, grabbing some beers and brats, and cheering for the Chiefs! I’ve already gone over the reasons everybody loves a good tailgate, but today I want to go over the reasons NOT to tailgate.
Don’t worry, your foam finger is safe… I’m talking about the obnoxious car that insists on following so close to your rear bumper they might as well be in your back seat. Tailgating on the road is not only incredibly annoying, it’s also very dangerous!

It’s Distracting. As their bumper inches closer and the driver’s patience starts to wear thin, a tailgater can take focus away from the road. Continually checking the rearview mirror to see if the offender has fallen back is the definition of distracted driving.

It Increases the Likelihood of an Accident. The tailgating driver has significantly reduced time to react to emergency breaking, leading to an increased chance of rear-ending the front vehicle if sudden breaking does occur.

It Causes Road Rage. Whether it’s the tailgater, the one being tailgated, or both, somebody’s bound to get angry. Not only could the leading driver lose control of the vehicle physically, but giving too much attention to the shadowing vehicle and losing control emotionally has similar implications. A stressed out and angry leading driver may deliberately slow down or slam on the brakes, daring the other driver to react.

Let Them Pass. As soon as it’s safe to do so, the best way to handle aggressive drivers following too closely is to give them an opportunity to get around you and get on their way. No matter how tempting it may be to hold them up and teach them a lesson, nobody benefits. In this situation, two negatives definitely don’t make a positive.

Leave Plenty of Room for Yourself. You can’t predict what the other driver may do, but you can certainly control your own actions. By leaving extra room between yourself and the vehicle in front of you, the likelihood of having to break suddenly or come to an abrupt stop is significantly reduced. Under normal conditions, a general rule of thumb is the “3-second rule,” but when being tailgated the best practice is to give yourself a few extra seconds.


How to use the “3 second rule”: When determining the appropriate following distance, choose a fixed object along the road, such as a building, tree, or sign post. As the vehicle ahead of you passes the landmark, slowly begin counting at one second intervals (one one thousand, two one thousand.) If you reach the landmark before completing a count to three, you’re following too closely. Give yourself a chance to respond to problems in the the lane ahead of you by ensuring there are at least three seconds between you and the vehicle you’re following.


Slow Down Gradually. The more you use your breaks, the less impact your break lights flashing on will have on the tailgating driver. When you do have to come to a stop, you’ll want it to get there attention as much as possible. While this doesn’t eliminate your chances of being rear-ended, a collision at lower speeds will involve less damage.

How to Protect Your Car Without a Garage

What to Do If You Get Pulled Over