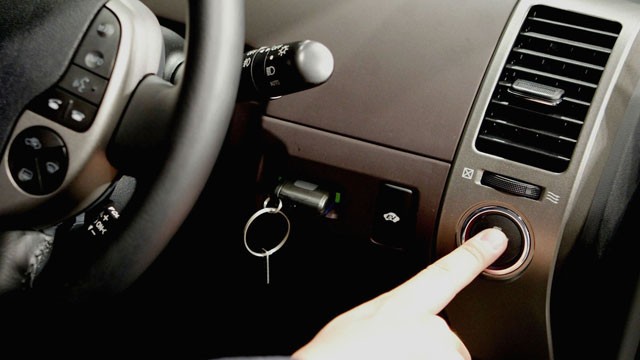 On to part three of my Automobile ABCs! If you haven’t yet, check out part one and part two!

K: Is KEYLESS ignition really safe? (Asked By Ted Wienstroer.) Technology gets more and more fancy by the day, and cars that need no key to start are a great example — I mean, it’s totally cool that you can simply press a button and your car starts up. But along with the trend of keyless ignitions is the increase in complaints and traffic incidents. Examples include forgetting to turn off the vehicle, leading to unlocked cars and even carbon monoxide poisoning. So is it really worth it?  Studies performed found that it’s more driver behavior that causes incidents — simply put, without the action of turning and twisting a key in the ignition, folks simply forget the car is still on (despite the alarms that sound when you leave the car on). Basically, it’s a personal choice. Human behavior precedes the keyless ignition because we’ve all been brought up one way (to turn a key in the ignition), and it’s hard to peel off from that path.

L: Linkage… car turns left when I turn right? (Asked by Steve Jones.) The linkage in your transmission enables the changing of gears in your vehicle when you tell it to. If you happen upon any issues like problems with shifting, trouble with starting your car or hearing a clunking sound from your transmission (technically it should be silent), then it’s most likely a transmission/linkage problem and you might just have to break the bank to fix it (transmission repairs don’t come cheap!). But if you find that your steering wheel is acting funky, and you need to turn the wheel left to go straight, etc., then it’s more of an alignment issue. My advice? Take it into an auto shop and have them look at the alignment and suspension for any broken or bent parts.

M: Master cylinder… pedal to the floor… uh-oh! (Stated by Steve Jones.) First off, your master cylinder is designed to put hydraulic pressure on the brake pads. A bad master cylinder means a bad braking system, and nobody wants to deal with bad brakes. Now if you start to notice that your brake pedal doesn’t start engaging until it’s practically against the floor, that is most likely a sign of low brake pressure. Definitely have it checked by a professional ASAP.

N: Is it okay to coast downhill in neutral? (Asked by Ted Wienstroer.) There’s a myth that states shifting into neutral while driving downhill will save you gas. Sadly, this isn’t true. Not only that, it’s more dangerous, as well. In an article I found written by Mike Allen, he states:

When coasting in neutral, the engine is idling, consuming just as much gasoline as when it’s idling at a traffic light or warming up in your driveway, roughly gallons per hour (gph), depending on your vehicle. Some small cars with roller cams may do slightly better, but a rule of thumb for idling fuel consumption is 1 gph . Let’s use 1 gph as a starting point, just to make the math simpler. Suppose you are coasting down a mile-long hill at an average speed of 30 mph, which will take close to 2 minutes. During this period, you’ll consume approximately 0.033 gallons of gasoline, for a consumption of 30 mpg.

In addition to consuming gas, taking your vehicle out of gear puts you at risk for losing control in emergency situations — besides, cars were not designed to shift in and out of neutral at driving speeds. Think twice, folks!

O: What are o-rings in cars? (Asked by Keeley O’Grady.) Let’s keep it simple: Google states an o-ring is “a gasket in the form of a ring with a circular cross section, typically made of pliable material, used to seal connections in pipes, tubes, etc.” Basically, o-rings are used to seal off certain parts under your hood.