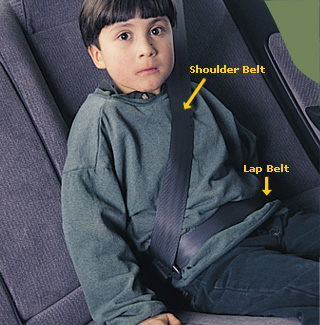 Alrighty, folks! I don’t necessarily think this is a debate, but I thought I’d enlighten y’all on the differences between lap belts and shoulder restraints when it comes to seatbelt safety. First off, a lap belt is simply the strap that goes across your waist, or lap, while a shoulder restraint not only has the lap belt, but also a strap coming down from your left or right shoulder and diagonally crossing your chest. Now I’m totally team shoulder restraint. Why? Here are some facts that might scare you… (sorry):
autoback seatcardrivingkidslap beltsafesafetysbsseat belt syndromeseatbeltshoulder restraint

How to Drive in Inclement Weather

New vs. Used Car: What's Right For You?

What to do if you're pulled over

Is stick shift worth learning?

"We Wish You a Merry Road Trip, and a Happy New Year!"