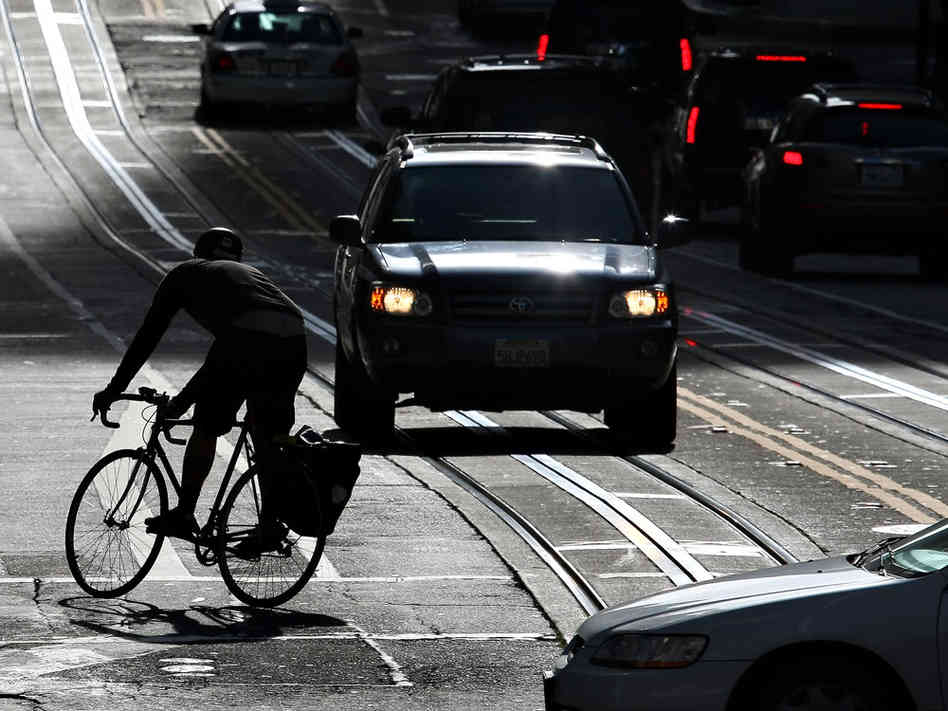 There’s a saying that goes something like, “When I’m a pedestrian I hate cars, and when I’m in a car, I hate pedestrians; but no matter what, I’ll always hate bicyclists.” As humans, we’re born to focus on our immediate situation. On the road especially, this often results in road rage and lack of understanding between yourself and other drivers. While this is always a dangerous mentality to have, it’s especially scary when you’re up against bikers. So listen up! I’ve gathered some simple rules of etiquette that’ll keep both drivers and bikers safe and happy! 1. Simply put, cars are big metal objects powered by their own machinery, while bikes are 20-pound frames that exist to be powered by humans. Playing chicken never results in the biker’s victory, and more often than not, the bicyclist always comes out more injured than anyone in the car. As a driver, appreciate the fact that though bicyclists may be annoying, they’re a lot more vulnerable than you. As a biker, realize you’re not invincible. 2. Believe it or not, drivers, bikers have their own laws to abide by and rights to fulfill. On the road, bikes are considered vehicles. In print, National Highway Traffic Safety Administration says cyclists 10 years and older should behave as though they were vehicles on the street, riding in the same direction as traffic that’s going their way and following the same traffic rules. As a driver on the road, it’s important to remember that this is a written law — bikes belong on the road. Every state has written laws encouraging the safety of co-existing bikes and cars on the road, most of which promote looking carefully for bikes when turning, merging and opening car doors on the road. 3. Time to embrace the equality mentality! Drivers, remember that bikers are equals on the road! If you’re ever frustrated with a bicyclists, pretend that biker is a family member or friend on an important errand, or put yourself in their situation. 4. Think positive! One more biker on the road means one less car on the road, AKA less traffic for you to deal with! And not only do bikers decrease the amount of traffic, but they also help the environment more than your car does! 5. It’s important to give bikers a three foot bubble of space. Whether this is in front of, behind, or beside, don’t scare them by riding their tail or brake checking all of a sudden. 6. Left hook, right hook. In a car, you always think you have more time than to turn you do. Oh, that biker is pretty far down the road — I’ve got time! That’s not always the case. When in doubt, play it safe and yield to the bike. Don’t let your last thought before you hit a biker be, shoot, I thought they were going a lot slower than they actually were… 7. Get off your phone on the road! This post only encourages the idea that texting and driving is a huge no-no! Not only does it distract you, but it also lessens your reaction time to potential emergencies like a sudden biker pulling in front of you, etc.
bikersbikesdrivingroadroad safetytips

All These "Drives" Are Driving Me Crazy

Drive of shame or ride of pride?