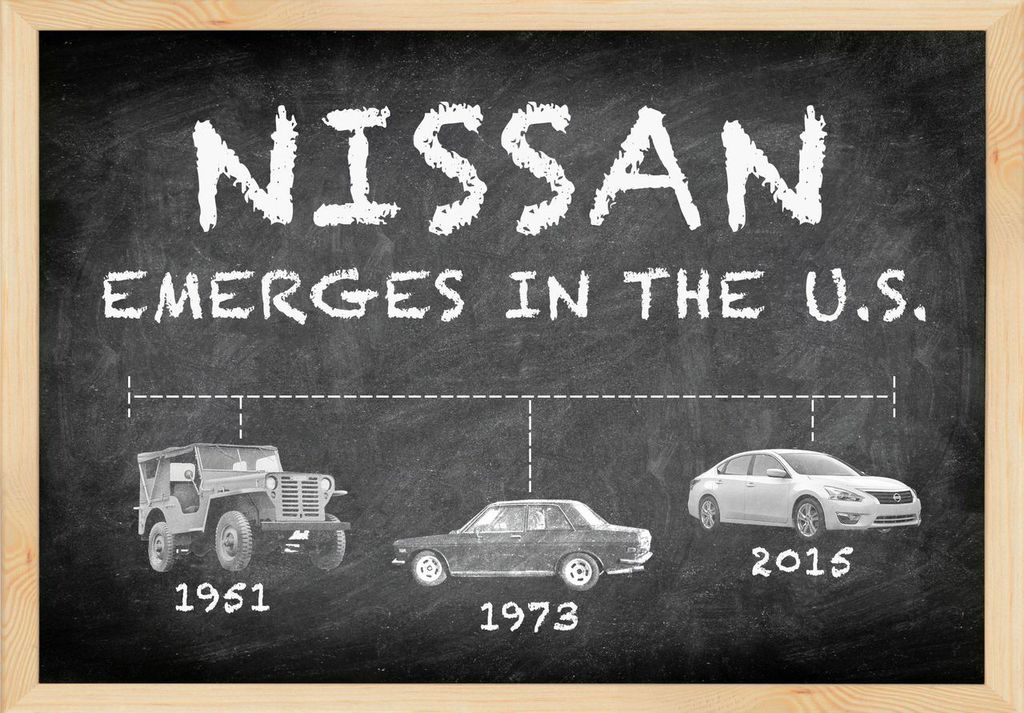 They’ve brought us innovative cars like the Leaf, trusty cars like the Pathfinder and funky rides like the Juke and the Cube. Nissan is an amazing automotive brand with quite the legacy — but do you know any of the details? If you didn’t know before, read on and you’ll quickly be filled in on the fascinating history of this brand we all recognize so well in the United States! Known by a different name You may remember the “vintage” brand of Datsun. Well, that old brand is actually the same as the Nissan we know today! Datsun, a Japanese company, came about as an acronym of the company investor’s last names. The first car was even called DAT. The company went through several name changes (Kwaishinsha Motorcar Co., DAT Jidosha & Co., Ltd.) before arriving at the name of Nissan in the 1930s as a short name for the holiday company Nihon Sangyo. Comin’ to America Aside from several name changes, the company now known as Nissan experienced many merges and changes in top management. And when an American named William Gorham came into the picture as an engineer for the company, Nissan took its first steps to becoming a well-known brand in the United States. Soon, most of the processes and machinery were coming from the United States to Japan. And later on, Nissan became a major vehicle producer for the U.S. Army. So by the 1950s, Nissan was a household name in America. A new sort of car Nissan was able to break into the United States market mainly because of its Datsun small car line, which was unlike anything being sold in out country at the time. The Datsun 240Z, the Datsun 510 and other similar models became huge hits in the U.S! Nissan today Now a well-established company in Australia, Brazil, India and all the corners of the world, Nissan is a major player in the automotive industry. They’ve forged partnerships with other iconic brands like Ford, Volkswagen and Alfa Romeo, and they now produce all their cars in South Korea instead of Japan. Along with the other major players, Nissan is working on electric cars, autonomous cars and non-automotive products in the near future. With all these big things underway, I’m certainly excited to see where they’re headed next!
automotive industrycar historyNissan

What does your car say about you?

How to tell if you're too tired to drive

Have You Ever Tried a Car Sharing App?