Get Your Car Movie Fix 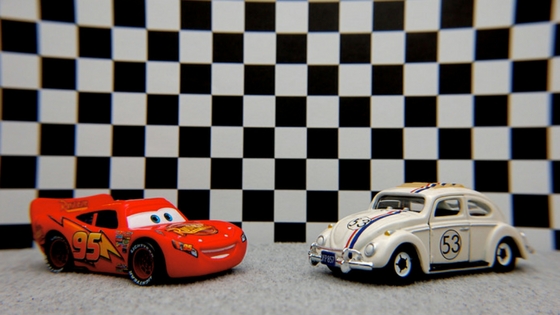 Sometimes the need for speed hits, and I just want to watch a movie that is totally about cars. If you’ve ever felt the same way, I’ve compiled a list of my favorite car-themed movies to help you get your fix! Check it out: 1. Cars: I’m sure I don’t even need to explain this one—it’s a classic. But for those of you who haven’t seen Cars, just know that it’s got all the creativity and fun of Toy Story, Finding Nemo, and other great Pixar movies, but with an awesome car theme that any kid (or adult) can enjoy! 2. Gone in 60 Seconds: This movie from 2000 has an exciting plot wherein a retired car thief is forced back into the business to save his brother’s life. Sure, the storyline is a little far-fetched, but isn’t that why we love movies? You’ll get sucked into this thriller for sure! 3. Fast and the Furious: Another awesome action car movie! Seeing this one is a no-brainer because of Paul Walker (naturally), but also because the cars and illegal street racing will draw you in and keep you coming back for all the furiously fun sequels. 4. The Love Bug: This old-school Disney movie is about as charming as a car movie can get. In this movie, Herbie “The Love Bug” is a Volkswagen Beetle with a mind of his own. He becomes a lovable character that really seems to come to life, without any talking at all! His owner is a race car driver who comes to be a champion while behind the wheel of Herbie—an unusual pair to say the least. 5. Drive: Ryan Gosling—enough said. In this movie, Gosling plays a man of many trades: garage mechanic, Hollywood stuntman, and getaway driver. Though he’s trying to get away from a sketchy history, he gets into trouble when he falls for his married neighbor. You’ll have to watch the rest to see how it turns out!

How to Touch Up Car Paint

Play It Safe on Halloween

Trade In or Sell?