Gas Prices Through the Ages 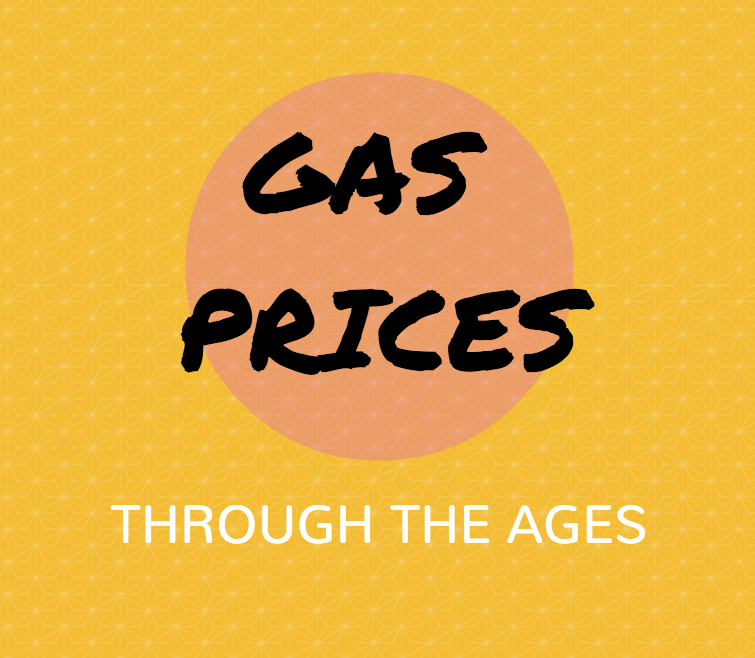 I don’t know anyone who enjoys spending money on gas. It seems like everybody — from my best friend to the news guy on the radio — likes to complain about rising gas prices, or brag about the one time they found gas for a ridiculously low price. So that made me wonder: is gas really that expensive? How do we know? Sure, we can listen to what people of older generations might say about what the price of gas used to be, but the economy has changed so much since then, it can’t be a totally accurate comparison. The Real Comparison Rather than doing all of the research on my own, I figured that someone out there has to have written something about the topic already. And I was right! There is a lot of information out there about the price of gas throughout history. And some of the findings are pretty interesting!

It turns out that though the price of gas may have once been 25 cents per gallon, adjusting for inflation makes a huge difference in the way you look at it. Overall, gas was more expensive when people first started driving cars, then declined slowly until it dipped way down in the ’80s and early ’90s. Now gas has gone back up closer to the price that it was when people first started driving cars, but not quite as high. A good time to drive Overall, the price has fluctuated up and down a total of $2.41 over the decades, when you adjust for inflation. That’s still quite a bit, but it’s crazy to know that 25 cent gas in 1918 was actually less affordable than our price of gas today! If there’s anything I learned from my research, it’s that the ’90s were a GREAT time for joyriding! 🙂 Now that gas prices are on the rise again, what are you doing to try to save money? Or do you not worry about it and just drive as you please?
gas prices

Checking out the 2010 Nissan Maxima!

10 Tips for Roadtripping with Kids