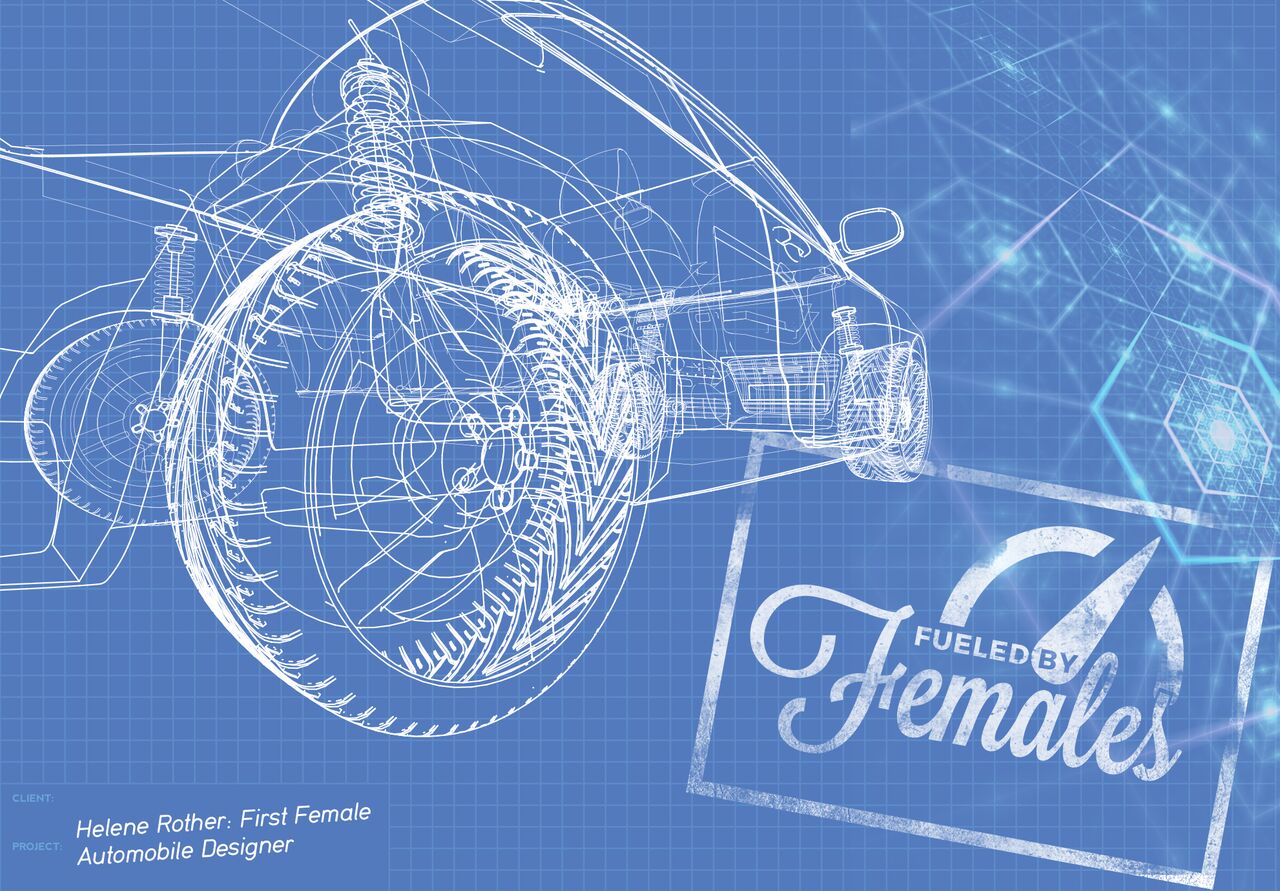 Throughout history, women have pioneered through the automobile industry to deliver some of the greatest designs and innovative inventions that we still use today! One of those pioneers was a woman named Helene Rother. As the Nazi’s invaded Paris in 1940, a young designer fled with her young daughter to Casablanca and began their revolutionary adventure that would eventually land them in Detroit, Michigan on the steps of General Motors. Helene was a well-known jewelry designer in Paris before the outbreak of World War II. When she landed in the US, she applied to General Motors for the position of interior designer. She was recognized as the first woman automotive designer by The Detroit News, although GM tried to keep it quiet because they feared that it would spark too much controversy allowing a woman so much power in a male-dominated industry. She was known to be incredibly charismatic and classy, a Parisian woman at heart, as well as an incredible artist. She worked with GM for about four years before becoming an independent designer. Her first client was Nash-Kelvinator Corporation, where she stylishly redesigned the interior for many of their cars, including the 1948 Nash 600 and the Ambassador. The Nash Ambassador Helene struggled and fought to earn her place in the automobile industry as a respected designer. In 1951, she toured the Paris Auto Salon on behalf of Nash. She was the first woman to address the Society of Automotive Engineers in Detroit. One reporter wrote that “500 listeners came to laugh, but stayed to cheer her logical conclusions.” Helene cut her ties with Nash years later and continued designing independently. Here’s to another unsung hero in the automobile industry. Thank you Helene Rother for taking the leap into automobile designs and breaking the way for women to follow you.

Prepping your car for winter

How To Accessorize Your Car

Getting the best sound from your car

It's what is on the inside that counts: don't just purchase a car for its looks