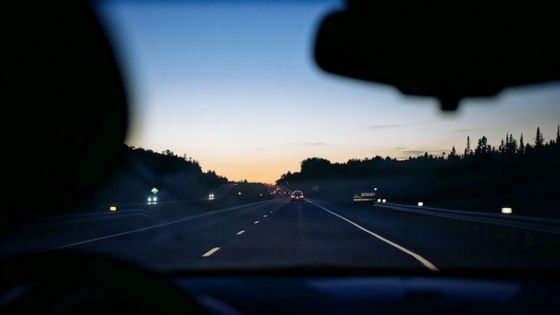 On today’s streets, the vast majority of cars are equipped with front-wheel drive. Is this because it’s the clearly superior layout? Of course not! FWD and RWD vehicles each have their own set of strengths and weaknesses; when choosing between the two, the most important things to consider are your driving style and what you want most out of your vehicle.
Front-Wheel Drive

Pros:
Cons:
Summary: When comparing the two layouts, it all comes down to weight distribution. In a FWD vehicle, all power created by the engine is transferred to the pavement via the front wheels, which are also responsible for steering the car. With all the heavy vehicle components, including the drivetrain, located under the hood and above the front wheels, FWD cars are left with a nose-heavy distribution.

The extra weight riding directly on top of the drive wheels provides added traction, especially when roads are wet or icy, by giving the front wheels increased contact with the pavement.

Turns out having all the goodies in one location means less costly parts are required; FWD vehicles generally have lower MSRPs due to the requirement of fewer components.

On the flip-side, with a jam packed front-end, not a lot of room remains to allow for excessive turning of the wheels. Because of this, U-turns may prove to be a bit more difficult in a FWD vehicle.

When a vehicle accelerates, the bulk of its weight is thrown towards the rear. In front-heavy FWD cars, this can lead to a decreased control on initial acceleration. For quick-starts and stable speed-up, enthusiastic drivers may feel FWD vehicles come up short in control and performance.
Rear-Wheel Drive

Pros:
Cons:
Summary: RWD vehicles are equipped with a much more even division of power— and weight. While the front wheels are still responsible for steering the car, the rear wheels take on the task of transferring the engines power to push the vehicle forward. The longer drivetrain means that heavy components rest on the rear wheels, leading to an almost 50/50 weight distribution between the two sets of tires.

Evenly distributed weight and more room for wheel turning leads to greater maneuverability and agility. With significant weight already resting on the rear wheels, when weight is shifted backward  upon acceleration handling and stability is significantly improved. The performance enhancement and reduced turning radius of RWD vehicles are big advantages for many buyers.

A simpler drivetrain layout and fewer expensive components being associated with the front wheels means that catching a curb in a RWD vehicle is less likely to cause serious damage and costly repairs.

High performance comes at a cost. Traction is significantly reduced in RWD cars due to the lightened load over the drive wheels. RWD vehicles are not recommended in snow or overly wet road conditions.

Inexperienced drivers can be overwhelmed by the enhanced acceleration and propensity for drifting associated with RWD cars. This type of vehicle may take longer to master, as it isn’t as intuitive as alternate layouts.

When it comes down to it, FWD vs. RWD is really about what matters most to you. Neither vehicle is “better” at everything, but either is sure to get you where you’re going. Whether you like to be first off the line or ready for weather, a little understanding goes a long way in finding your best fit!

Oh, and don’t even get me started on all-wheel drive…

Checking out the 2010 Nissan Murano

What to Do When You're Stuck