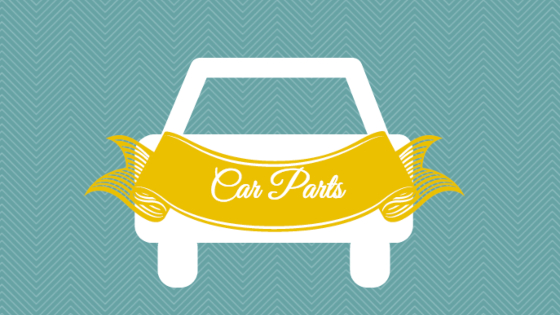 Can you name any of these car parts? Take the quiz; I’ll wait.

So, how’d you fare? Are you as knowledgeable as a mechanic or did you flunk your exam in spectacular fashion? If you’re part of the latter group, it’s time to enroll at the Lauren McCarthy Online Summer School, where you’ll receive an introductory lesson on the most common car parts and how they function to make a vehicle do what vehicles do.

And when I say “enroll,” I of course mean “review this huge list of car parts and terms that I’ve compiled.” 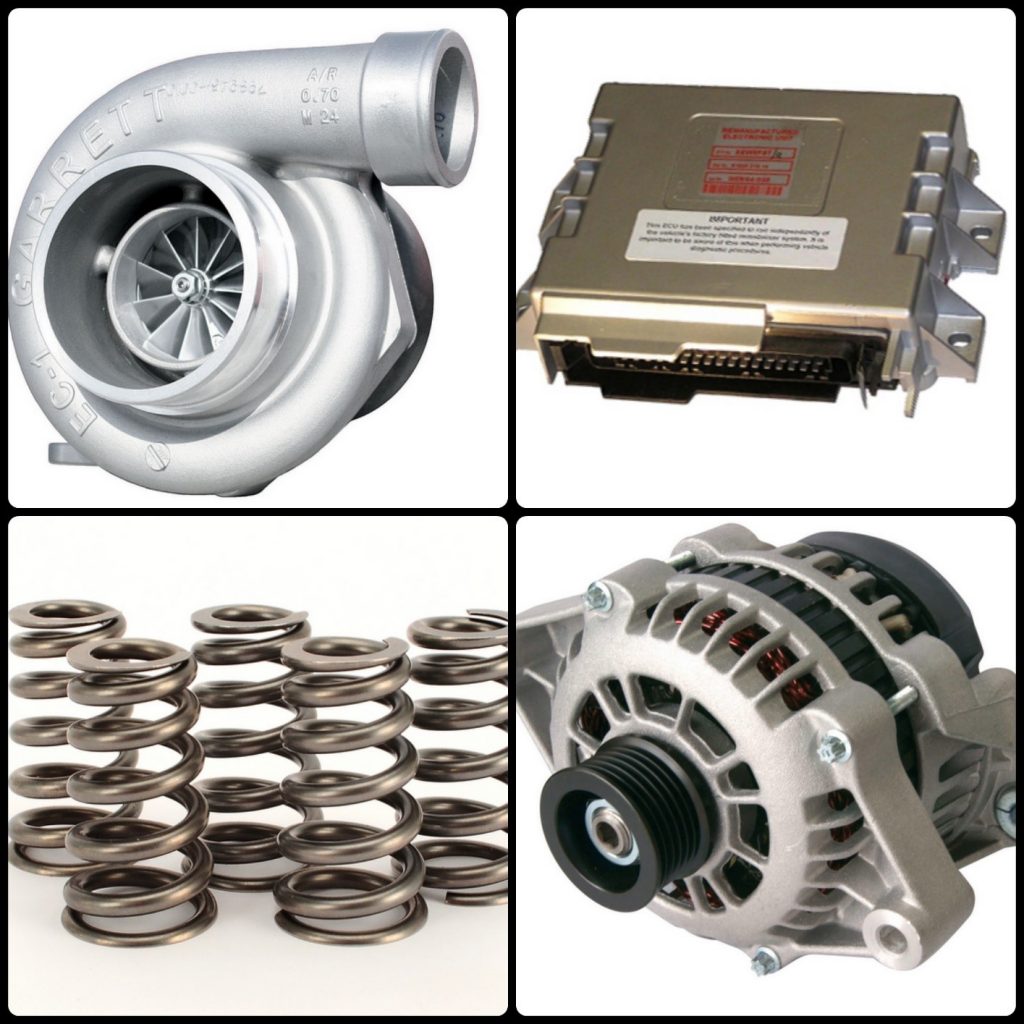 1. Turbocharger – The function of a turbocharger is to significantly increase an engine’s horsepower without affecting its overall weight. How does it work? They are a forced induction system that compresses the air going into the engine. When the air is compressed it allows the engine to squeeze more air into the cylinder. This, in turn, allows more fuel to be added, which then results in a powerful explosion in each cylinder.

2. Electronic Control Unit – An ECU controls a couple of the electrical systems or subsystems in a car. What does that mean? Well, the ECU can control the fuel injection system, the ignition timing, and the idle speed control system. If you thought that was enough, it also helps with the air conditioning and EGR systems. It’s also been known to control power to the fuel pump. Pretty important car part!

3. Valve Springs – A valve spring is a helical spring used to close a valve, which allows fuel/air in, or exhaust gases out.

4. Alternator – A good alternator is vital for a running car. It’s a device that converts mechanical energy to electrical energy; as the engine runs, an alternator charges the battery and provides power to the vehicle’s electrical system. How is this possible? With something called a rotating crankshaft (see #16).

5. AC Compressor – An air conditioning compressor functions within a climate control system, or unit, utilizing refrigerant that provides cooling throughout the vehicle’s cabin.

7. Carburetor – Carburetors, via a duo of revolving valves, regulate the blend of combustible fuel and air that’s allowed to flow to the engine cylinders.

8. Brake Rotor – Brake discs will apply pressure and lock onto brake rotors when you’re braking, allowing your vehicle to slow down. When worn, brake rotors may cause serious damage to other essential car brake parts; therefore, you should visit a mechanic and have them replaced as soon as you notice the symptoms of bad brake rotors.

9. Axles – Part of the vehicle’s transmission, axle shafts connect car gears to the wheels, thus allowing the car wheels to turn and rotate as intended.

10. Clutch – A car clutch moves power produced by the engine into the transmission and wheels, allowing the vehicle to accelerate.

11. Brake Light Switch – The connection between your rear taillight and brake pedal, brake light switches are activated when you apply pressure on the brakes.

12. Mass Air Flow Sensor – Assists the engine control unit (ECU) in calculating and delivering the ideal amount of air that should flow into the engine.

13. Differential – A system that helps divert engine torque to the appropriate wheels and driveshaft. Specialized differentials are common on many newer AWD and 4×4 vehicles.

14. Driveshaft – Provides power to wheels via the vehicle’s differential.

15. Camshaft – Engine valves are opened and shut by the camshaft, which normally operates parallel or in close proximity to the vehicle’s cylinders. It works with the camshaft sensor to help fire coils, set engine RPM, and synchronize ignition and fuel injection.

16. Crankshaft – Not to be confused with camshafts, a crankshaft operates by converting power, created by the engine’s pistons, into forward momentum and electrical power.

17. Hinged Control Arm – Part of the suspension system that links the wheel securely to the car frame.

18. Oxygen Sensor – The oxygen sensor, or O2 sensor, is located inside the exhaust manifold and monitors oxygen that comes through the exhaust system. If the mixture of fuel and oxygen is off, the O2 sensor will fire an OBD II alert.

19. Head Gasket – An airtight seal between the engine block and engine cylinder, which halts the flow of motor oil and antifreeze through the combustion system.

20. Exhaust Manifold – Engineered to collect exhaust fumes from the cylinders and dispense it through a pipe (exhaust). A special exhaust manifold gasket is used to seal the chamber between the cylinder heads and the system itself.

21. ABS Control Unit – Most modern cars are equipped with antilock brakes, and the ABS control unit ensures traction remains consistent on all four tires when the brakes are applied.

22. Shock Absorbers – Good shock absorbers help keep your vehicle’s wheels firmly planted on the ground, even when you’re going over bumpy terrain. If your shock absorbers are bad, you’ll experience a bouncy car, some sway, and an overall wild ride.

23. Ignition Coil – Part of your car’s ignition system, this coil converts a low voltage of battery power into a spark, via a spark plug, that ignites the combustible fuel in the engine. Ignition coils work alongside ignition switches to also power the ECU, starter motor, electrical components, and more.

26. Fuel Pump – Fuel pumps do just that: pump fuel. If your car won’t run consistently or shuts down randomly, it may be suffering from a bad fuel pump. A clogged or broken fuel pump system means your engine isn’t receiving enough gas to keep the car chugging along.

27. Oil Filter – One of the most common car parts around, oil filters keep sediment and contaminants from entering and damaging the bearings, components, and surfaces of the engine. Oil filters are usually replaced when you change your car oil, as they typically have a lifespan in the 10,000-mile range. (Replacing your oil filter is very simple to do, as well!)

28. Sump – An oil sump holds motor oil. When the vehicle is operating, that oil is pulled by the oil pump and shipped through the engine block and back through the oil filter, which then drains back into the sump.

29. Gearbox – Sequential gearbox pistons transfer gas from within the engine into the crankshaft, reducing the rotation rate of the output crankshaft, which ultimately increases torque control.

Hopefully, you’ve learned something new about how your car is able to get you from the garage to the office and back again. Class dismissed!

Celebrities and Their Cars: Part 2

What is it Like to be a NASCAR Driver?

Holiday Gift Guide for the Girly Car Lovers in Your Life