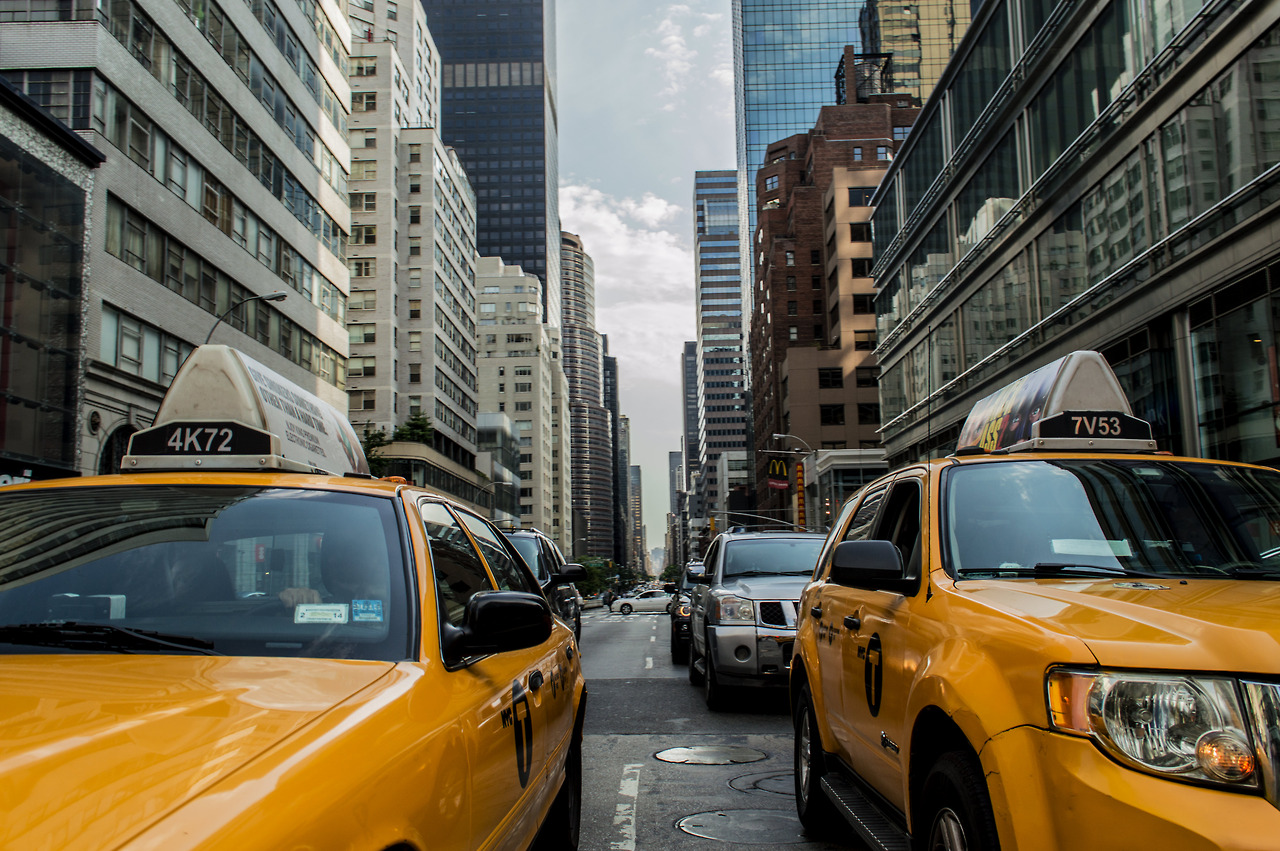 Most of us aren’t cruising around in taxi cabs here in Missouri and Kansas, but that makes taxi cab etiquette all the more essential for when the time comes for those rare taxi rides. Most other major cities in the U.S. have taxis as a viable means of transportation, and if you ever go to New York City or out of the country, it’s almost guaranteed that you’ll find yourself in need of a cab. So if you’re totally foreign to the world of taxis, read up! Here are a few tips on everything from hailing a cab to paying the driver at the end of the ride. 1. When hailing a taxi, look for lights. Don’t waste your energy trying to hail a cab that’s not even free. Simply wait until you see a cab with a lit up roof light — these are the unoccupied taxis ready to take a passenger. When you want to get the attention of the driver, just wave a hand in the air and try to make eye contact with the driver. Then wait to one to pull over for you. 2. Save a few bucks. If you’re really confident about hailing a cab, remember to hail one that’s already heading in the direction you want to go. You’ll save a few bucks by avoiding the time and miles it takes to turn around to head the opposite direction. 3. Establish the fare. Most NYC cabs have a meter that determines the fare, but if you’re out of the country or in another city, you might not know the fare rate ahead of time. So be sure to establish how much you’ll be paying before you get to the destination. That way, there will be no surprises or rip-offs.

4. Specify your destination. Though cab drivers spend their entire work day driving around the city, they still might be unfamiliar with the area you want to go. And if you say a certain street, it might not be specific enough for the cab driver to know how to get to the end of the street you want to be on. So try to give a specific address and cross streets to ensure that you get to the right place via the fastest route. 5. You can make requests. Once you’re in the cab, you might feel like you’re stuck in the situation, no matter how uncomfortable the driver makes you feel. But remember, you’re the customer, and you can make requests. Feel free to ask the driver to roll down the window, turn down music, stop talking on the phone, or even let you out before you get to your destination. 6. Don’t forget to tip. Just like waiters, bell hops and other service-oriented workers, your taxi driver will expect a tip of 15% minimum. If you’re in NYC, the tip is usually at least 20%. And if you’re extra happy with the service, leave an even more generous tip. The tip can be added to the credit card payment or handed to the driver in cash. 7. Take the backseat. Not sure where to sit? As a general rule, passengers always sit in the backseat of the cab. Most taxis seat four passengers, however, so if you reach that limit, one person will need to sit in the front seat. 8. Make a stop. You’re paying the cab driver to get you from Point A to Point B, but that doesn’t mean you can’t make a few stops along the way. Feel free to re-route the driver if you remember you need to run an errand, pick up a friend or any other random thing comes up. (Just remember that you’ll be paying for those extra stops!)
cabsdriving etiquettetaxis

Driving safely in the rain

How To Keep Your Car Running Forever

How To Talk Your Way Out of a Speeding Ticket