6 Myths About Buying From a Car Dealership 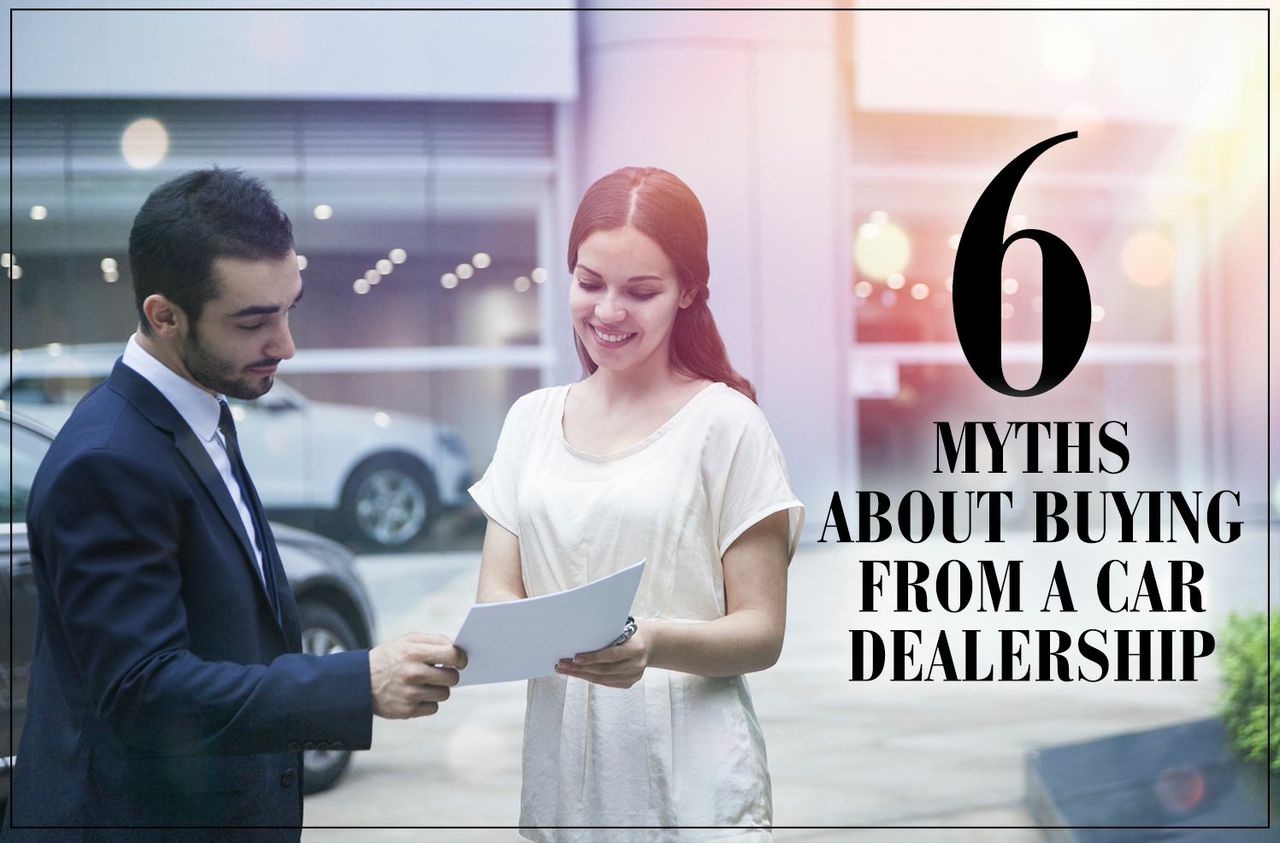 After practically growing up in a car dealership, I’ve learned a lot about how they operate. I’ve also learned that many people have pre-conceived notions about what it’s like to buy a car from a dealership. And like any stereotype, these ideas are broad generalities that just simply aren’t true for most people, most of the time! For this post, I’d like to do more than say those stereotypes are wrong. Instead, I want to set the record straight so people know exactly what they’re getting into when buying from a car dealership! Read on to learn about six myths I can bust about the car-buying experience at a dealership: 1. Extended warranties aren’t worth it. For some reason, many people seem to think that extended warranties are just a scam to get you to spend more money at the car dealership. And although there may be occasional circumstances where an extended warranty isn’t right for you, I’d highly encourage you to look into it! Just as medical insurance is an essential part of keeping your body in good shape, extended warranties will extend the life of your car. Sure, they do cost some money, but the savings you’ll get if you have any car damage is far beyond the amount you’ll spend on the warranty. If you want to keep your car for more than five years, the warranty will absolutely pay for itself, as it usually covers things like damage to anti-lock brakes, electrical systems, transmission, air conditioner and more. 2. The Kelley Blue Book price of a car is absolute truth. Many people waltz into the dealership thinking there is a hard-fast price attached to the car they want, and they won’t settle for anything more than that price. This number in their head usually comes from one source: Kelley Blue Book. And while this site is an amazing source for ballpark price ranges, people need to know that car dealerships do not consider Kelley Blue Book to be the Bible of car pricing. So many other elements come into consideration when pricing a vehicle, so be ready for something other than that price you see online! 3. The car salesman is trying to trick me. This is the biggest myth that has been perpetuated over time. But I’ve got news for you — your car sales person has a job because they have helped enough people get into the car they want. If they were truly tricking people and scheming, they probably wouldn’t have a job for long! Yes, car salesmen have a job, and their job is to get you to buy a car. But they’re human, too. 4. I can trick the car salesman into a better deal. Just as your car salesman isn’t there to trick you, he or she also isn’t there to get tricked. This isn’t like haggling at a flea market in a foreign country. There aren’t stunts you can pull to get a deal that you would’ve never had offered to you if you were a “typical buyer.” So save the walk-aways and tricks for another arena, be honest and upfront about what you want, and the salesman will do their best to deliver. 5. Pitting dealerships against each other will give you a better deal. Trust me, sales people are very aware of the competition. You won’t surprise them or threaten them by telling them about the better deal you can get at so-and-so’s dealership down the street. It’s best to shop around for the best deal and then dedicate your business to that dealership. 6. You can get a better deal on a car at the end of the month. Yes, dealers have the task of moving cars off the lot so they can bring in new inventory, and the end of the month is crunch time before goals must be met. But the end of the month doesn’t necessarily mean you’re going to get the best deal — the salesman may have already met their goals and be ready to take on a new month! Bottom line: you can’t predict what’s going on behind the scenes at the dealership, so some online research ahead of time and some due diligence with the car salesman will be your best bet for getting a deal, rather than relying on timing and luck.
car dealershipsMoney Matters

A Guide to Avoiding Blind Spots

How to Protect Your Car Without a Garage