6 Concept Cars You Could Be Driving One Day 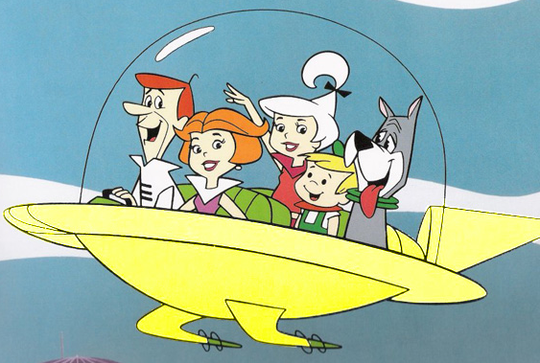 Whenever I think about the future of cars, an image of The Jetsons pops into my mind: retro-futuristic flying cars that fit the whole family and speed around in the air. It’s a fun idea to imagine it really happening! The Jetsons is set in the year 2062, which is still quite a ways off from now. So who knows — maybe those flying cars will be our reality by then! In the mean time, the auto industry is dreaming up some other pretty amazing ideas that are much closer to hitting the roads in your lifetime. And while flying cars may be 50 years out, self-driving cars, single-person cars and electric cars are already made. It’s only a matter of time before they become the norm. Read on to see my list of six concept cars you could soon be driving! 1. Toyota FT-1 The Toyota FT-1 was just introduced at the North American International Auto Show this year. It is a sports car that is all about speed and function. For example, at high speeds, a retractable rear wing comes out and tilts forward to create even more force! It also has a “cockpit” that focuses on minimalism and function for the driver. This car is a sports enthusiasts dream.

2. Nissan iV This crazy-looking car is truly the wave of the future: it features “organic synthetics,” meaning the automotive parts are cultivated in a 100% sustainable, carbon-neutral process. It is all about sleek minimalism, and the hub-less wheels function as the vehicle’s steering and suspension system at the same time. As the makers state, “Every detail is engineered toward renewable, lightweight strength and maximum efficiency.” 3. Chevrolet En V These futuristic-looking cars seem like something that really could be straight out of The Jetsons! The En V is a cross between a Segway and a car, meant to be friendly for intermingling with pedestrians. They only reach speeds up tot 25 mph and are meant for single passengers, ideally in a city environment. The makers of the car say that the future of the automotive industry has to steer away from large, high-speed cars that fit a whole family. So it will be interesting to see how these pan out!

4. Toyota PM “PM” stands for “personal mobility,” so clearly this is another car meant for a single driver. Toyota says that this car is all about creating unity between the driver, the car and the road — something we could all use more of! The car uses communication technology to unite the car to the driver and to other cars on the road. Sounds like a great car for limiting dangers on the road!

5. Nissan TeRRA One reason the Nissan TeRRA is bound to be successful in the future is because it is pushing the boundaries in zero emission technology — especially for SUVs. This car is unique because it has rugged, thick tires that are perfect for off-roading, but it’s also sleek and compact enough for the city. The TeRRA is equipped with all kinds of futuristic elements, including a tablet dock for your iPad and sleek seats that maximize space on the inside and look really cool. I could see myself driving this car!

6. Nissan ESFlow This one is another sports car of the future. The Nissan ESFlow is Nissan’s first 100% electric, no-gas, high-performance electric sports car. The interior includes illuminated LCD displays and the car can go from zero to 62 mph in under 5 seconds! It’s so smooth and sleek-looking, I can totally see this becoming a hit car in a few years, when electric cars are mainstream. That wraps up my list of cool concept cars of the future! Are there any concept cars you’ve seen recently that I missed? Which car would you most like to test drive? Tell me your thoughts in the comments below!
concept carsfuture cars

Safety UP, deaths DOWN

Celebrities and Their Cars: Part 2