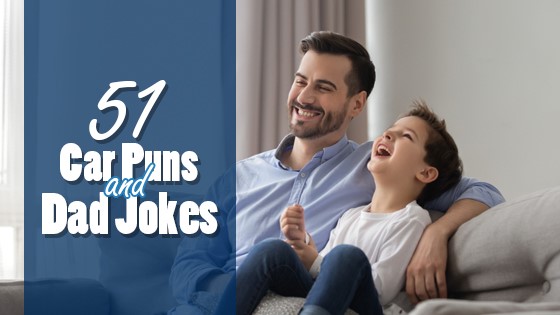 There’s no denying the power of a good “dad joke.” They’re gut-wrenchingly awful and otherworldly corny; but, as cringe-worthy as they are, dad jokes have a certain charm that can’t be denied. Here are 51 of my favorite car-related puns and dad jokes to help brighten your day—because who isn’t tired of these 4:57 PM sunsets already? I know I am.

I got a good chuckle in… And maybe a few groans. How about you? Have another fun car-themed pun or joke that would make dads proud? Hit me up on Facebook or tweet at me, and let’s see what you’ve got.
car jokescar punsdad jokes about cars

What Kind of Car Am I?! Minivan!

Top Candidates for “Best Vehicles of 2020”