Auto News, Behind the Wheel 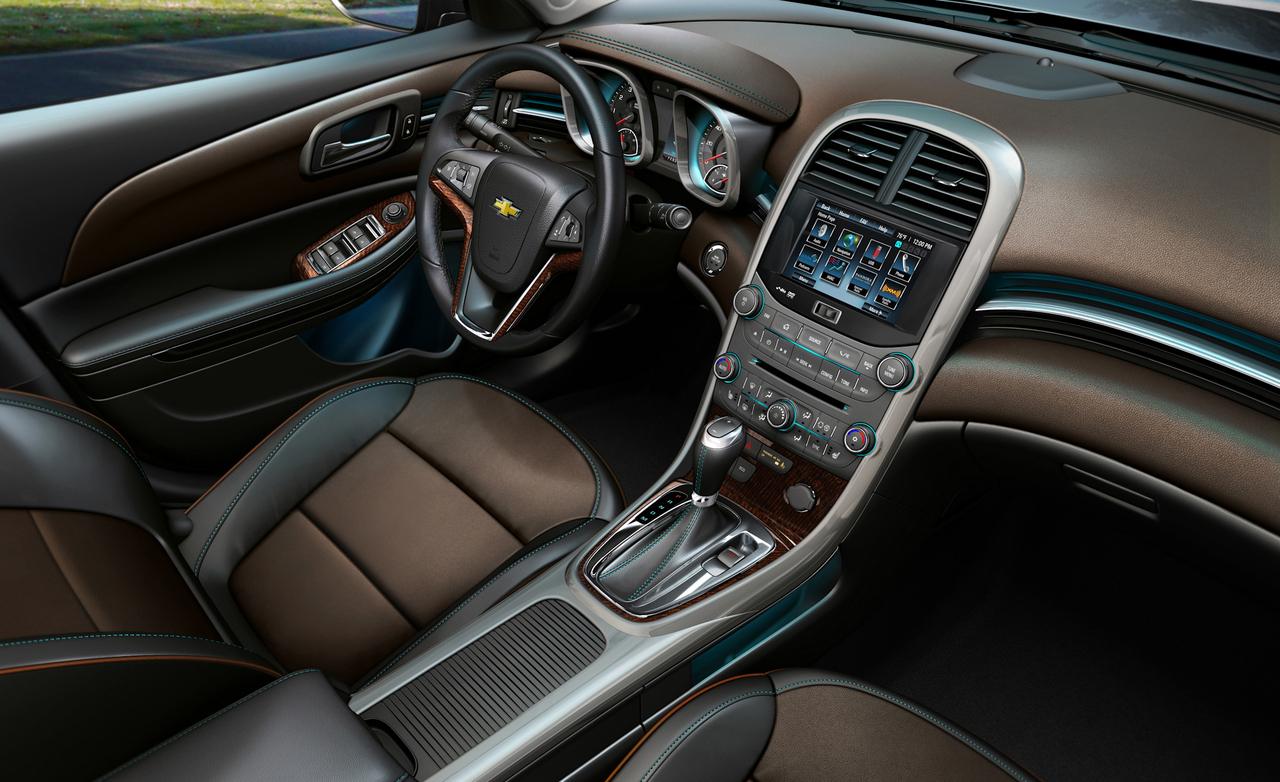 Check out the latest news from our friends at Chevrolet! DETROIT – New technologies help the 2014 Chevrolet Malibu deliver greater efficiency and connectivity, two of the most important considerations for customers of midsize sedans. “The midsize sedan segment is one of the most competitive in the industry and by improving the Malibu so quickly, we’re proving to our customers that we’re listening and acting on their needs,” said Chevrolet Global Chief Marketing Officer Tim Mahoney. “The new and enhanced features make the 2014 Malibu a smarter choice, putting it at the heart of the strongest Chevrolet passenger car lineup in our history.” A new Ecotec 2.5L four-cylinder engine is the first standard engine in the segment with stop/start technology. It helps owners conserve fuel by automatically shutting off the engine when the car comes to a stop, such as at stoplights, contributing to EPA-estimated fuel economy of 25 mpg city and 36 mpg highway – a 14-percent improvement in city mileage and 6 percent greater highway efficiency. The engine automatically restarts when the driver takes his or her foot off the brake. It’s the industry’s most refined and simplest stop/start system, with no buttons to push or procedures to learn, for a seamless driving experience. Additionally, the 196-horsepower (146 kW) dual overhead cam, or DOHC, engine features variable intake valve lift control, or iVLC, which enhances fuel efficiency, while also enhancing low-rpm torque, for a greater feeling of power at lower speeds. It is matched with a six-speed transmission with improvements that enable additional fuel economy savings – and a more refined driving experience – compared to the previous model. New connectivity features support safer driving The available Chevrolet MyLink for the 2014 Malibu delivers enhanced connectivity and convenience, with the new Text-to-Voice feature for smartphone users and Siri for iPhone users. Each enables voice-controlled connectivity. Text-to-Voice converts incoming messages to speech, reads them over the audio system speakers and allows the driver to reply with preset messages such as, “I’m driving and will contact you later.” Users can create and save their own preset messages when the vehicle is in Park. The feature requires a compatible smartphone with Bluetooth profile and applicable text messaging features. Visit www.gmtotalconnect.comfor further information on phone and radio capability. Driver safety is General Motors’ first priority. A driver’s focus should remain on driving and texting can usually wait. So, only text and drive with this voice system and never text using a handheld device while driving. The 2014 Malibu is offered in LS, LT and LTZ models, with pricing starting at $22,965 including destination, but excluding tax, title, license, dealer fees and optional features. All models include a two-year/24-month scheduled maintenance program, which covers four oil changes, tire rotations and 27-point inspections. About Chevrolet Founded in 1911 in Detroit, Chevrolet is now one of the world’s largest car brands, doing business in more than 140 countries and selling more than 4.5 million cars and trucks a year. Chevrolet provides customers with fuel-efficient vehicles that feature spirited performance, expressive design, and high quality. More information on Chevrolet models can be found at www.chevrolet.com.
2014ChevroletchevycitydetroitdrivingecotecepalsltltzMalibumylinknew cartexttext-to-voicetextingd

How to Autumn-ize Your Car

Can you Guess the Worst Time of Year To Drive?

How to Autumn-ize Your Car

How quickly can you change a flat tire!?